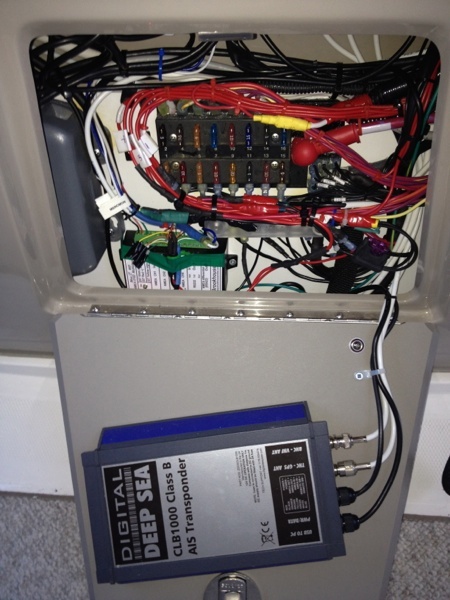 If you haven’t read the previous posts in “What’s connected on Summer Dreams?”, here is Part 1, Part 2, Part 3, and Part 4.  Continuing from my previous posts, I began to get really into networking the various systems.  The image to the left is an up-to-date picture of my helm’s 12V fuse panel with the Part 4’s image just below it for comparison.

The reason why I have the two images is to explain the changes.  In the old, the white Raymarine junction box was moved up and out of sight.  What replaced it was a Brookhouse iMux multiplexer (black box with green electrical tape).  This device allows all SeaTalk and NMEA0183 to be multiplexed (combined and speed adjusted) together.  Additionally, the iMux allows my iPad to connect to the network via WiFi where using the app iNavX I can use my iPad as a chart plotter (see the image left).  However, that is just a bonus.  The multiplexer is really to combine all the SeaTalk and NMEA0183 senders (GPS, AIS, VHF/DSC, fluxgate compass/autopilot) to my C70 via its single NMEA0183 input port at high speed (38400 baud). 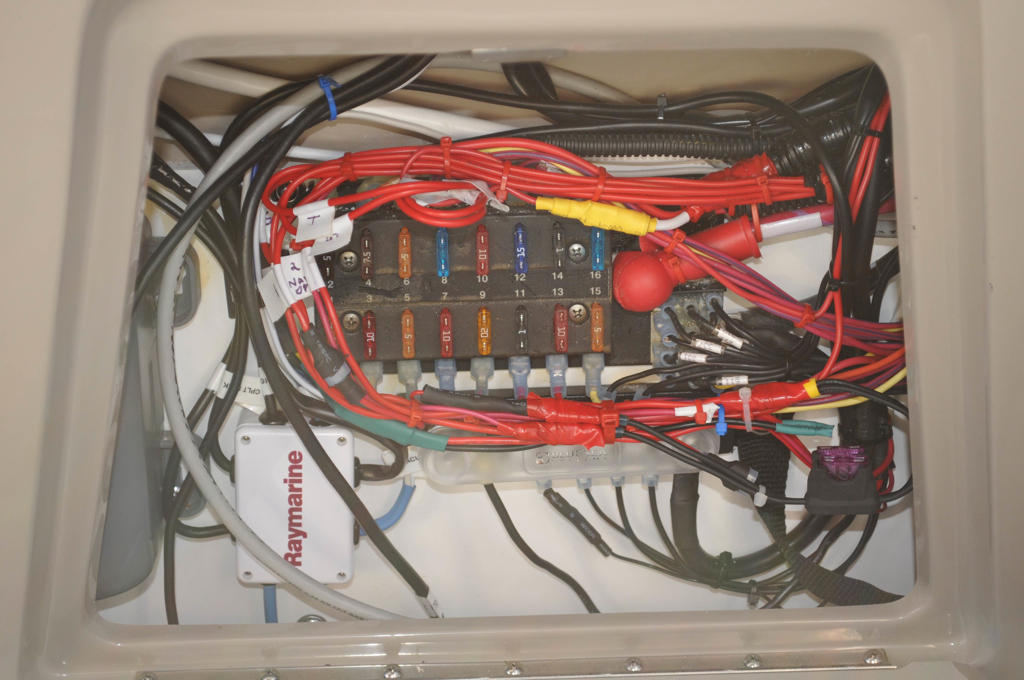 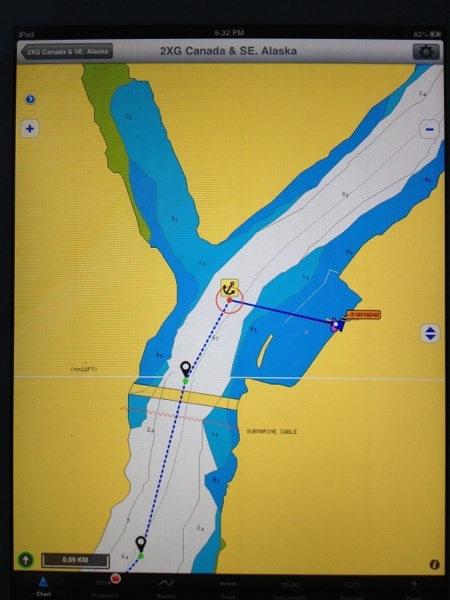 My iPad running iNavX connecting to Summer Dreams telling the autopilot to “goto” the next waypoint. This was a test; I’m docked and the engine is not running.

The old fuse panel image shows a thick grey cable which is not shown on the updated one.  Actually, it is also still there but hidden.  That grey cable is the NMEA2000 network backbone that I installed.  It attaches my C70 chart plotter (via the SeaTalk 2 port; a NMEA 2000 “mini” port) to my Merc Monitor so that my [SmartCraft] engine data and trim tabs position can be displayed/available on the network.

Well, I’ll let the cat out of the bag… I installed a lot more than I originally planned but I alluded to in my previous parts.  Though the next images does not show all the things I’ve connected, it does show what my helm looks like currently. 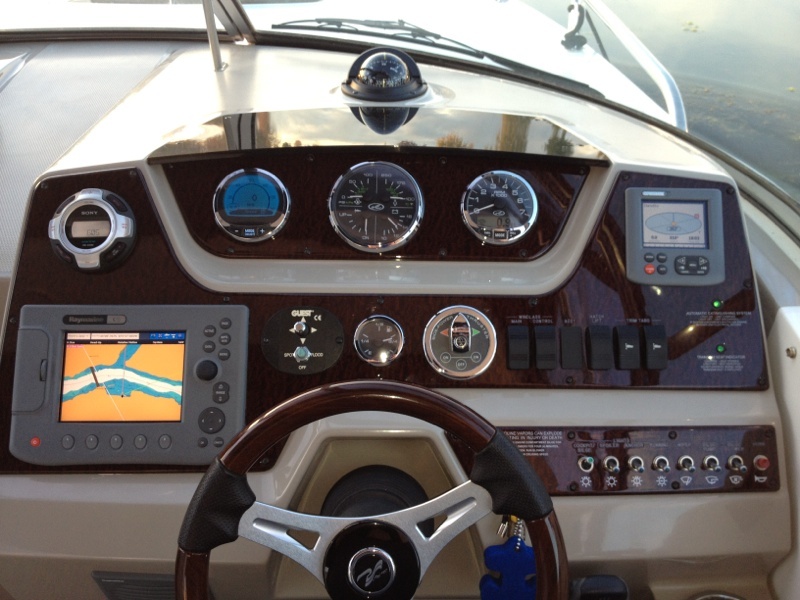 So with the above image, I’ve installed a bow thruster with all the bells and whistles. 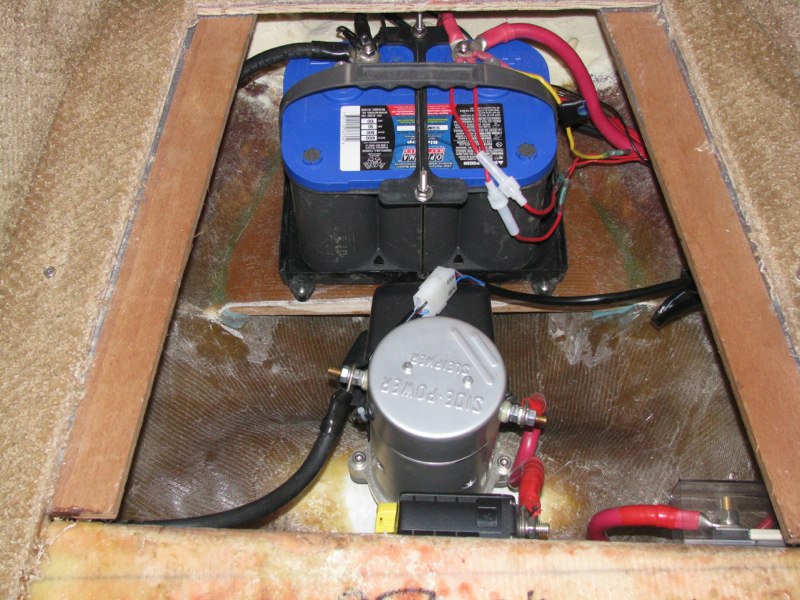 As shown in the above helm image, I opted for a non-joystick control as it was a better fit.  The bells and whistles included with the thruster is a custom automatic charging relay, a power control panel, and a thruster remote (which allows me to control the thruster away from the helm. 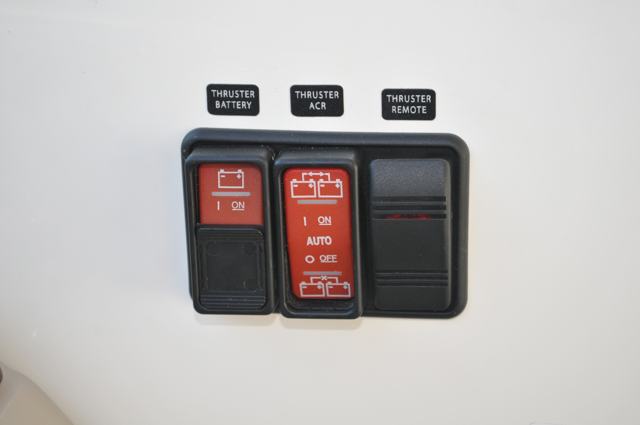 At the same time, I installed an Raymarine SPX-10 Autopilot with ST70 control head shown on the helm image.  The following is some images of my autopilot install.

The Raymarine SPX-10 Course Computer, installed in the cabin behind the TV. This void is on the centerline of the boat and low down; good position for the gyro.

Last but not least, I installed a Raymarine DSM 30 with a shoot-thru-the-hull transducer.  Of course, I don’t have a images of that install because I did it at the last moment (and didn’t take any pics) and the install is fairly hidden.  The DSM 30 is in the helm fuse panel area, behind the top gauges/panel.  The transducer is glued (with 3M 5200) to the hull in the bilge in the location specified by Sea Ray.

In the end, what’s connected on Summer Dreams has been answered.  The answer is a lot.  However, I have another electronic install in progress because you can’t have to much installed…  Well, actually you can but I’m not at that limit yet.